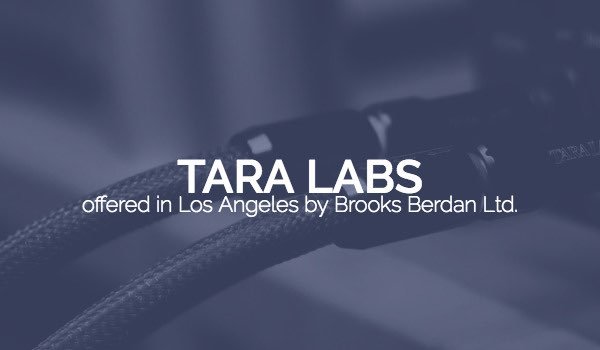 The “TARA” in TARA Labs is an acronym for “The Absolute Reference Audio.” Since the company’s beginnings, TARA Labs has been known among audiophiles as a manufacturer whose cables set the performance standards and whose technological innovations and patents constantly advance the frontiers of the industry.

TARA Labs started in Sydney, Australia in 1986. They began by developing cables and experimenting with different types of conductors. An early result was the Phase II speaker cable, which was submitted for review to Stereophile magazine in 1988. The response to the very favorable review from this little-known cable manufacturer was overwhelming. TARA Labs moved to the United States later that year.

For the past thirty years, TARA Labs is known throughout the world, for handcrafting the very best in high end audio cables. Using their patented and proprietary technologies and materials, TARA Labs has created many of the technologies that are currently being used by many of the worlds’ top cable manufacturers.