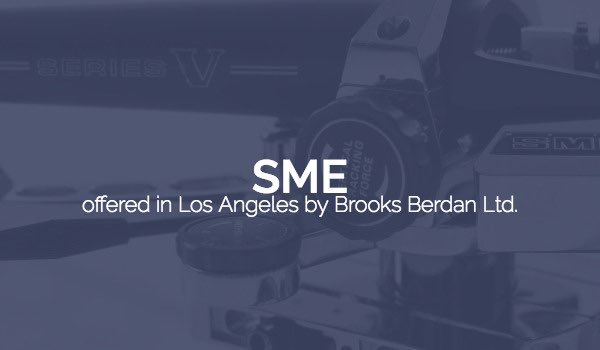 SME was formed in 1946 under the name “The Scale Model Equipment Company” to manufacture scale models and parts for the model engineering trade. During the 1950s SME moved away from model making to precision engineering, principally parts for aircraft instruments and business machines.

In 1959 Alastair Robertson-Aikman, the Company’s founder, required a pick-up arm for his own use and an experimental model was built. It received such an enthusiastic reception from friends in the sound industry that it was decided to produce it commercially and the first SME precision pick-up arm appeared in September 1959. At this time the company’s name was changed to SME Limited, a less committal title to suit its new activities.

SME now has over 46 years of experience in high quality engineering. To achieve the required standard of quality control all manufacturing and processing is carried on 'in house'.