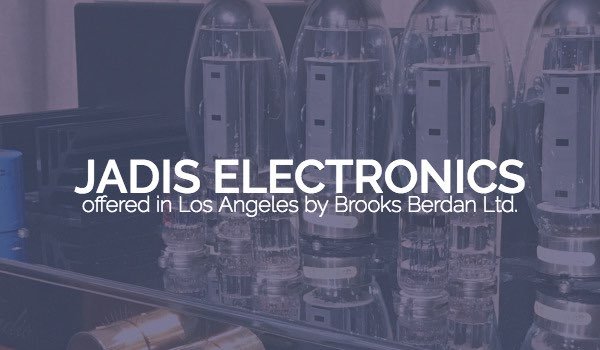 The JADIS Company is the fruit of the profound passion of André Calmettes, who has devoted his spare time to researching the most precise musical reproduction in order to get back the emotion felt during a concert. With passion, he has created prototypes which make a great impression in the audiophile circle, and it was unanimously considered superior quality as compared to the best amplifiers at that time.

Encouraged by this success, he decided in 1983 to rationalize his production and participate to the foundation of the JADIS Company. In the beginning, the amplifier was manufactured unit by unit, from the original plans, but quickly Mr. Calmettes turned out his own technicians, who were able to produce electronics in accordance with his philosophy.

The quality of these amplifiers is, for the most part, provided by their output transformer. With an original conception and being as good as indestructible, it gives the amplifier absolute stability, whatever the load may be. Entirely made within the JADIS Company in Villedubert, it is wound by hand and then it is poured into a special resin, guaranteeing maximum soundproofing and thermal stability. As for the power, the specifications are amazing: the maximum acceptable power is 2500 W before saturation.

Being the only ones in the world which respect these specifications, the JADIS amplifiers give fantastic dynamics as much in the bass tones as in the higher trebles. They present a total lack of coloration, and most of them work in pure class-A. For these reasons, it constitutes the ideal amplification system for all acoustic speakers, whatever the impedance curve, the type of functioning, or the efficiency may be.