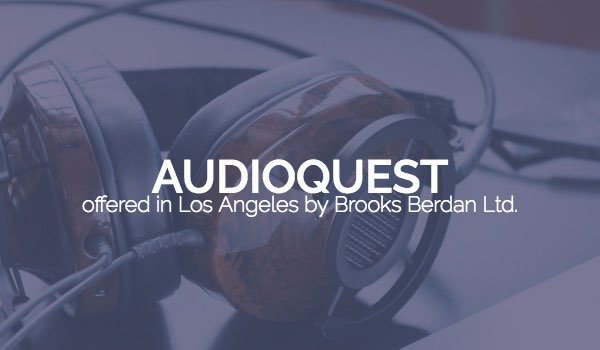 AudioQuest’s founder and chief designer, William E. Low (Bill), likes to say he never wanted a job, and never had a plan. What Bill means is that he became interested in audio equipment as a teenager and then as a college student through his love of music. Eventually necessity led him into designing and managing signal-carrying cables.

Like many of his generation, Bill was swept up in the unprecedented rate of change in the popular consciousness instigated by the music of the 1960s and early 1970s. This revolution changed the fundamental language of our culture forever, and being swept up in this cultural wave had a profound effect on Bill’s direction in life.

Like Apple’s Steve Jobs, Bill attended progressive Reed College in Portland, Oregon in the early 1970s where he shared his passion for music by selling audio systems to his classmates. By 1976, with his college days in the rearview mirror, Bill found moving to California and working in audio irresistible. After a one-year stint as a manufacturer’s representative in the San Francisco Bay Area, Bill continued south, eventually opening a small, by-appointment, high-end audio salon in Santa Monica.

It was during this period when Bill recognized that deficiencies in signal-carrying cables contributed significantly to the distortion in an audio system (a realization Bill would also come to with regard to video cables by the time the home theater boom began in the late 1980s and 1990s).

By the end of 1980, Bill was selling his LiveWire-branded cable to 42 specialty audio dealers in Southern California. With no formal business plan and just a few hundred dollars in the bank, Bill established AudioQuest and in 1981 expanded distribution throughout the United States and to every continent.

Nearly forty years later, AudioQuest is the premier provider of high-performance audio and video cables and accessories. AudioQuest’s continuing success is driven by not being held prisoner to existing approaches and never resting on laurels. AudioQuest’s ideals appeal to newbies with passionate curiosity and people willing to join us in our never-ending quest for lower distortion and better sound.